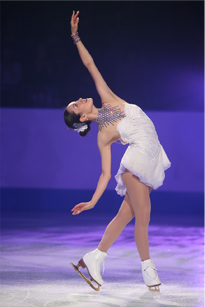 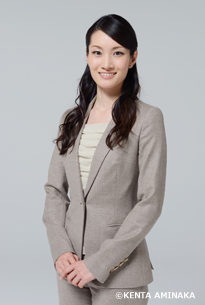 Shizuka Arakawa was born in Tokyo, Japan and grew up in Sendai, Miyagi.
Shizuka began skating when she was five. She went to the ice rink and saw a girl with the cute costume. She thought “I want to wear that pretty costume “. This is why she started skating. She landed her first triple salchow when she was eight, and called “Child Genius”. She was the first skater in Japan to win three consecutive junior national titles. She won Japanese national in 1998 and 1999. When she was sixteen years old, she represented Japan in the 1998 Ngano Winter Olympics and finished at 13th. She won the Asian Winter Games and Winter Universiade during the 2002-2003 season. The following season, she won the 2004 World Championships in Dortmund, Germany. At the 2006 Winter Turin Olympics, she broke her personal best scores both in short program and free skating, and she was became the first Asian female to achieve the gold medal in ladies’ single figure skating in Olympic history. Shizuka is currently skating as a professional skater in Japan and different countries. She is also a producer for the ice show called “Friends on Ice” since 2006. While she is active in charity events and media activities, she became the youngest executive board member in Japan Figure Skating Federation in 2012.